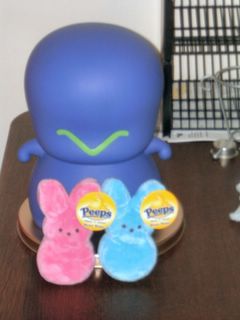 I hate that the Encore channel dubs foreign films instead of adding subtitles! I saw Crimen del padre Amaro, El with Gael García Bernal but I felt that so much was lost on the dubbing because the characters ended up sounding creepy. I also saw Décalage horaire also known as "Jet Lag" with Juliette Binoche and Jean Reno. I loved that movie but the person they got to dub Sergi López's voice really made me laugh! Clarins had product placement through the movie as we see Juliette Binoche splash herself with Eau Dynamisante and she also applied Clarins's eyeshadow.
Juliette Binoche is my favorite actress so I'll probably buy that on DVD.

I took a sleeping pill for the first time in a long time 1/2 a Unisom and once again I had a crazy dream! This time I was a publicist trying to help JMu out after her career had faltered! In my dream she was single so things with Marc Anthony didn't work out. But her career was in ruins - I happen to be half psychic so I wouldn't be surprised if this really happened.

Years ago I had a dream that Bill Cosby died and it was all over the news. When I woke up I asked everyone if anything had happened to Bill Cosby but realized it was only a dream. Then a few days later Bill Cosby was in the news because his son was murdered. That was the only time my half-psychic powers have come into play. A few years ago I was in love with Russell Crowe and had a few dreams about him but they never came true - which is good because I've since changed my mind about him!

I woke up to find my bunny package from the uberfabulous Kirstylux! She included so many awesome suprises including the plush bunny "peeps" you see above! I've always loved those bunnies and when I was at Target my heart was crying for them! They are so adorable! She also included my favorite Japanese treats: Pocky and Botan Rice Candy! Thank you so much Kirsty!

This is truly beautiful the rose is incredibly fresh in this fragrance and is the boldest note but the leather adds the sexiness to this fragrance. Imagine a leather jacket that has been scented by years of a person wearing rose perfume and that's what you've got. I usually can't pull off leather fragrances but this is incredibly unique and I'm really loving it! I think this would be nice as a day to night fragrance year round. It sells for $12.50/5 ml or $19.50/10 ml.

All in all it's been a good but lazy Saturday!

Comments:
I can not believe you guys are eating Pocky, all right? I grew up with those things being Japanese. Growing up my brother and I ate milk chocolate Pockies, strawberry Pockies, giant Pockies (those were later, actually) and you know the best ones: Men's Pocky (dark chocolate) which sometimes you might see at a posh little Japanese bar inside a stemmed glass (in place of beer nuts). The world's gettin' really small!

I've never even had the other Pockies other than strawberry! They don't sell them here. We used to have a much larger Asian population out here but most have moved away.