When do you intervene when the universe is trying to show you a sign? 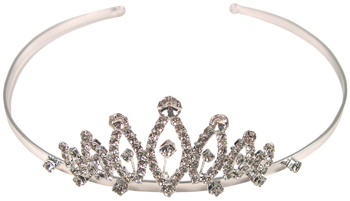 My Fred Flare order arrived today. I ordered the tiara above to replace the tiara that was given to me by a friend that broke. Sometime after the tiara broke, so did the friendship - a sign that the universe gave to me? The tiara was much nicer in person than it looked online and I'm happy I bought it! 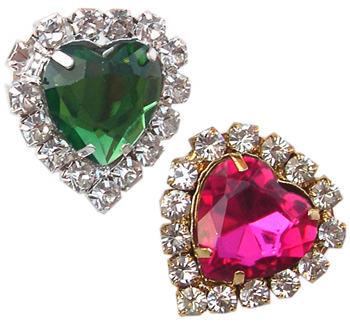 I also ordered the set of heart pins for $1.95 which are not as cute as they looked online but for under $2 they aren't bad! 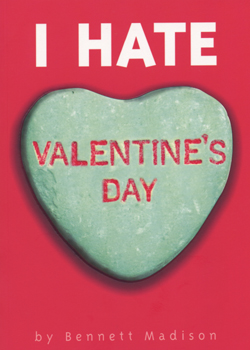 And I ordered I Hate Valentine's Day because I thought it would be funny. But, when I opened the box they sent me instead How 2 Play The Guitar.

So here lies my dilemma, is the universe trying to give me a sign that I'm supposed to learn how to play the guitar? I have included learning to play either the banjo or fiddle on my list of new year's resolutions for years but have yet to find a teacher. To be honest, I haven't really looked too hard but I believe it will happen someday! Then again, my list also includes getting married to one of my Hollywood boyfriends!

My sister believes everything happens for a reason so what should I take this as - A simple mistake or a new direction in life? My father was given a guitar as a child and when my sister and I were little he dug it out of the garage and told us we could play with it but to be careful.

I too believe that sometimes things happen for reasons unknown to us, or that acts have some type of hidden meaning. But I also believe what Freud say to be true: Sometimes cigar is just a cigar.

Be well, xox b

I think it is a sign that it's time to learn either the banjo or the fiddle. :-)

I think it's a blatant sign that our sisters are out to get us. Is this the same sister who accused you of breaking her back during an NKOTB dance move and whose cat ate your leg for breakfast yesterday? And for further evidence, consider this: By extension of the second self theory, this is also the same sister who claims to this day, in these exact words, that I threw her down the stairs in a vicious fit of rage! There is a pattern here and the universe is willing you to see it. Please note that the book is called How 2 Play The Guitar, and not How 1 Played The Guitar And Then Smashed It So That The Other 1 Could Not.

In addition to this obvious sign from the heavens....remember,Charo plays the guitar & gets to wear sparkly clothes!

how about a compromise: the ukelele?? (i can play 'yellow bird' and 'far away where the nights are gay...' and it took seconds to learn - truly!)

I already play a mean kazoo so I figure I can call myself a musician!

Charo plays a mean Spanish guitar, she's crazy but I love her even more for that!