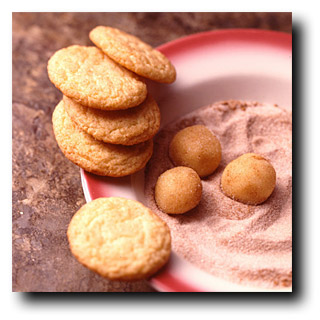 I was testing fragrances last night and came across a sample of Dawn Spencer Hurwitz's Sensual Spice *waves to Trina*, one that had been recommended to me highly in the past. As I love spicy fragrances I knew that I had to try it on!

As soon as it's applied, the spice is the main note. On me it's more of a mixture of nutmeg with a hit of cinnamon and a touch of sweetness. I can't say that I smell honey in this because I don't, it's just a sweetened spice fragrance. After it warms to your skin, the vanilla comes out more making the entire fragrance smell like Snickerdoodles or Mexican Bischochos.

It may seem too spicy to those who aren't used to wearing spicy fragrances but it really softens as time goes on, especially once the vanilla comes into play. This is a great all day fragrance that could work year round but I'd wear it more in colder weather. The staying power could be better in this fragrance as I had to reapply a few times. This would be a great comfort fragrance and may just replace Origins Ginger Essence as such. I know that this would layer beautifully with Nanadebary so without a doubt I'm going to have to cave for a bottle of it come autumn.

Sensual Spice is sold through DSH Perfumes and retails for $44.50/1 oz. EdP or $34/1 oz. EdT, $2 more to include the fixative which increases the staying power.

Comments:
One Pound of Lard. OMG. Back away from that one pound of lard. You have worked too hard for too long, sweetie!! The snickerdoodle fragrance sounds good, though!
xoxo

*Waves back* Wear it well! And shame on you for posting that sinfully delicious-looking recipe!

LARD!! I don't even know how or where to buy lard. Of course, that is partially because I gave up cooking years ago. Anyway, the cookies look fabulous, do you do mail order?

Yikes, I couldn't bring myself to purchase lard no matter how tasty the recipe looked. Okay, so that may possibly have something to do with me being vegetarian and all ;)

But now you've made me hungry for snickerdoodles, and I don't have sugar in the house in quantity enough to make them. So hungry now. Mmmmmmm.... snickerdoodles...

This is a fragrance I can't wear because its too strong on me. However, I loved it the day after and I also put few drops in my AG Passion and it was really beautiful! (apologies to all the perfume purists out there).

OOhh... the nutmeg notes sound so nice in this!

my reaction was the same: a POUND of lard!! but i have just shed 28 of them...but those biccies look SO good

maybe the tiddlers will help me eat them...

help! what are snickerdoodles??

OMG...we both know how good those cookies taste,lard and all! Still,you and I are too strong and it is too darn hot to bake anyway! ♥ ♥ ♥

Those are the best cookies but they are a once a year type of deal. I haven't eaten them in about three years but I plan on making at the end of the year!

Snickerdoodles are sugar cookies rolled in cinnamon sugar after they come out of the oven. Some people add cinnamon to the dough however.

I agree, find a replacement for the LARD (even the name "lard" makes me cringe, LOL!).
That being said, now I am regretting I gave away my sample of Sensual Spice. I think I sniffed it out of the vial, proclaimed it "too spicy" and most likely didn't even try it on.
Now the drydown sounds delish and it's gone!