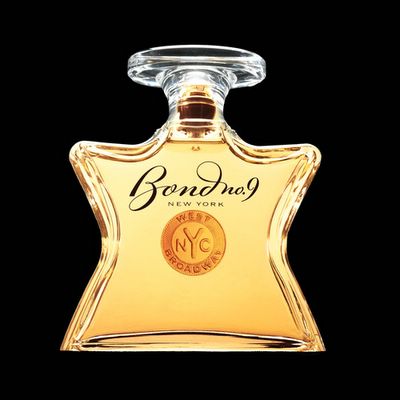 I didn't wear any fragrance yesterday as I had a pretty bad migrane and decided to go to bed early - I slept for almost twelve hours. Decided to get back to testing Bond No. 9 fragrances today so today's choice of fragrance was West Broadway.

WEst Broadway is described on Saks.com as a fragrance inspired by West Broadway, a hipper, cooler, downtown Madison Avenue, especially for the free-wheeling man or woman with eclectic taste. It's a smart little lime gimlet, laced with crisp greens, matÃ© (a stimulating Brazilian tea), and sheer musk for a jolt of sensuality.

This starts off a green fragrance with hints of lime to me, not as fresh as I expected the notes to be. It becomes an incredibly dry woody fragrance right away which reminds me of a fragrance I've tried before but one I can't pinpoint which one. There is a spiciness to this fragrance but it isn't heavy. The musk is light butnoticeablee in this fragrance.

I think this fragrance would be perfect for late summer fading into autumn anabsolutelyy perfect for either sex. The staying power is really good in this fragrance but I feel there is something lacking, as though it's missing something or isn't complete. I think this would smell even better layered with Origins Ginger Essence! This is by far among the best of the Bond No. 9 fragrances that I've tested.

Hey S! I mentioned on MUA that I thought Chinatown, New Haarlem, West Broadway, and Nouveau Bowery were the best of the Bonds...other than Chinatown, it seems your taste is similar so far! *grin*

Liz as if I needed further proof that you are a genius! :)