Confessions of a sweepstakes winner. 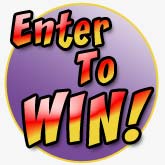 The most common thing that people ask me is "Have you won anything lately?" Especially in the last two years that I've entered contests religiously. A lot of people who enter contests do keep a running track of their prizes or how much ARV (Actual Retail Value) they win each year but I don't.

My sister asked me once "Do you worry that people thing you are giving them contest prizes as gifts instead of buying them?" I don't worry because I've only done this twice, I won The Man Show Season 1 DVD set once. I had never seen the show before but was told by several friends it was something that I wouldn't enjoy. One of my friends mentioned that her husband would love to receive it as a gift so I wrapped it up and gave it to him one Christmas.

There are a lot of people who sell their prizes on Ebay but I keep the majority of my prizes and give away whatever isn't suited for me. In entering contests there are what is known as the "3 C's" (Car, Cruise - or trip and Cash). I've so far won all three but was only able to make use of one of the three.

Car: The biggest prize I won was the 2005 Chrysler Town & Country Car which was a movie tie in contest to Lord Of The Rings: The Two Towers. I gave that prize to my Mom. (ARV $33,000

Cruise or trip: I won a trip to the Olympic Training Center in Colorado Springs from Daisy Guns for the U.S. Olympic Shooting Team. Unfortunately, I had to pass on this prize because the team was competing at the Olympics at the time the contact person for the prize was a bit of a flake. (ARV $2,225).

Cash: Nothing big on the cash front. I've won a few gift certificates: $125 worth of Starbucks gift cards (bought the Starbucks Barista coffee maker with the majority of it,) $100 Visa gift (I bought Boheme with this one and spent the rest on a gift), $50 Buckle gift card, $50 Circuit City gift card, $25 Best Buy gift card, $20 Visa gift card and a $10 Marshalls gift card.

Other major prizes that I've won have been:

Prize: Gift bag including items from Bumble & Bumble, Clarins, and more (ARV $2,134.85). The ARV on this gift bag was incredibly inflated as it was not worth that much, I'd guesstimate it as probably 1/3 of that. I wasn't notified of this win and it came as a surprise at my door.

Buckle - Out of Control Sweepstakes

First Prizes: Customized hoobastank surf board, signed copy of hoobastank's The Reason CD and a $50 Buckle Gift Card (ARV $540). It took forever for this prize to arrive, like six months after I was notified and I didn't get the gift card or CD until nine months later.

Hewlett Packard Digital Camera and Phot Printer (ARV $500). I hadn't been notified of this prize and there wasn't a letter stating where the prize was from so I had to track down the origin of this prize.

The majority of most wins are under $100 and the majority of the ones that I win are beauty products, t-shirts, caps, dvd's, cd's, books, coupons for free things but they really add up over time. There are also times where I don't receive the prize that I've won which kind of sucks! If I can't make use of a prize, I just give it away.

The most fun are the prizes that are somehow related to other hobbies I have:

Fragrance: In addition to the Fifi award gift bag I won two bottles of Celine Dion's first fragrance (gave one to my sister), JLo's Still (which I swapped for Guerlain's With Love), Calgon's Hawaiian Ginger fragrance and FCUK Her's shimmer stick (which I gave to my Mom who loves the scent.)

With bigger contests I'm usually sent an e-mail that contains an affidavit which has to notarizedzed but there are some that just arrive assurpriseise and those are the most fun receiveeve!

Most people don't realize that entering contests is such a tedious hobby. I usually enter them before going to bed because it's very mundane so mundane in fact that I've been entering contest less frequently but once a prize arrives, that makes me want to enter more!

Comments:
*jaw drops onto floor* I just... wow. You are the master of the contest universe. THE master. May I be your grasshopper? That is an astounding track record, no doubt about. Wow.

How many contests do you enter each day?

It may be tedious, but you sure win some good stuff! And how big of a dork am I that I feel almost like I know a celebrity, knowing someone whose name got called during the Magic Minute?!? I told DH and he thought it was cool too :~D

I've been very lucky to have won so many prizes in such a short amount of time. There are people who've entered contests for decades and have never won any of the "Three C's."

I enter anywhere from twenty to over a hundred a day - it really depends on how much time I can apply to it.

It's a fun hobby to have because you never know what you're going to win next. It's incredibly rare to win something you set your heart on and most times when a prize arrives I have no recollection of having entered the contest.

Would you believe that I missed the game when my name was called - I think I had gone out that day! Totally sucks!