Some movies suck hardcore and some only suck a little. 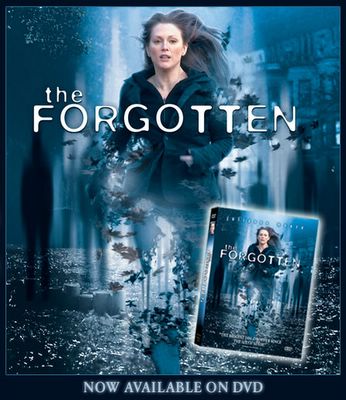 My sister had watched The Forgotten while it was in the theaters and told me that the movie really sucked but you think ah come on how much can Julianne Moore suck in this movie. So I saw it and half an hour into the movie I was thinking it was a great movie and my sister sucks for telling me that this sucks.

Oh yeah but then I continue watching it and find out for myself just how much Julianne Moore can suck! This movie wasn't just bad, this is suckfest 2005 in the worst way. It started off with so much potential which makes it suck even more!

With bad movies, you expect them to be bad - bad actors and bad director you've got a sucky movie on your hands but when good actors go bad you're left broken. Like you can never trust that actor again! How dare they make such a sucky movie! Did they read the script before they signed on?

Please for your sanity never see this movie! I'd like to forget The Forgotten which is even worse than Cabin Fever! Even hardcore Julianne Moore fans need to skip this movie for their own sanity! 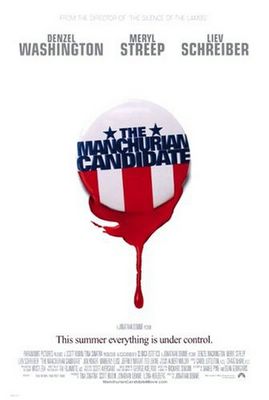 I've never seen the original version of The Manchurian Candidate but was really excited about last year's remake of it. There was an awesome movie tie in contest where your phone would ring every day on a specified hour for three weeks and you were supposed to play the role of Sergeant Ben Marco (Denzel Washington's role) where your mission was to find out the truth without being caught or killed. You were given clues everyday and were asked what course of action you wanted to take. If you finished the game you were entered into the contest. I finished the game but never won anything from it.

It's a shame that the game was more interesting than the movie was! Oh Denzel, are you trying to commit career suicide? I have to mention that I did see Man on Fire and I think this one was even worse and that movie had Marc Anthony "Rat Boy."

You'd think with three Academy Award winners in Manchurian Candidate this movie would be halfway decent but it's not! Skip it unless you love the stars a lot, and by a lot I mean you should be the offspring of one of the stars who is on speaking terms with your kid. You better believe Angelina Jolie skipped this movie, as I should have! 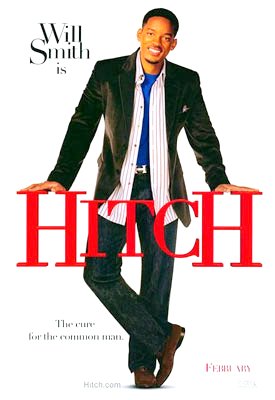 I love Will Smith but in all honestly, I didn't have high expectations for this movie so I was surprised that I liked it. The only thing I didn't like about this movie was Eva Mendes. I find her lacking in personality, had they replaced her with a different actress I would have liked this movie even more. You also get a chance to see model turned actress Amber Valletta in this move, even she was better than Eva Mendes!

Eva Mendes is a Revlon model so I guess I can call her model turned actress as well. Another Revlon model is Aishwarya Rai who's the star of Bride & Prejudice.

Even though Eva Mendes was in this movie, I still found it cute. Don't have high expectations as this movie isn't the best but also not the worst! 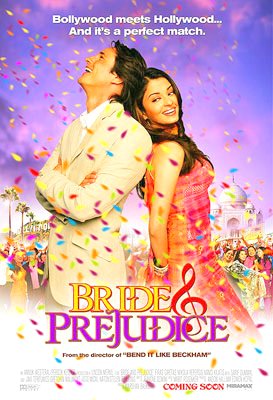 Bollywood meets Hollywood, um not exactly as this is a British movie directed by Gurinder Chadha of Bend It Like Beckham fame. Bride & Prejudice is a musical version of Jane Austen's Pride and Prejudice. This is Bollywood star Aishwarya Rai's introduction to western audiences a former Miss. World who's incredibly stunning. I really liked her in this movie, who I didn't like was uberhottie Martin Henderson.

I fell in love with Martin Henderson when I saw him in The Ring and while he's lovely to look at, he can't act so if you're going to watch this movie press the mute button any time he opens his mouth.

This movie is incredibly cheesy but cute, Ashanti makes a special appearance in this movie. I don't like Ashanti for some reason. Not that she ever did anything to me but I find her annoying for some reason, she really bugs me.

Anyhow, going back to the cheese factor there is a scene where Aishwarya Rai's character of Lalitha Bakshi is singing on the beach and out of nowhere pops up a gospel choir, the surfers come in from the water to sing and two life guards leave their post to join in. That part was incredibly hysterical! I secretly think that any song is just a little bit better when a gospel choir sings in the background which is why I should hire one the next time I sing karaoke!

If you're looking for a cheesy movie (I'm talking nachos made with Doritos cheesy, this is exactly what you want!

Comments:
The Forgotten! I hope you can forget it.

You should really see the original Manchurian Candidate. Excellent! Frank Sinatra! Angela Lansbury! Lots of other people! The opening scene is especially memorable. I didn't want to see the remake because I just couldn't imagine that any director could top that opening sequence from the original.

My husband is a big Aishwariya Rai fan and I often find him on Saturday mornings, his mug of coffee in hand, sitting on the couch watching Bollywood videos on the Indian station.

Bride was so much fun! After the movie, we watched the music videos (extended musical numbers in the movie) over and over again.

The Forgotten was so unexpectedly bad. It's a shame since Julianne Moore is a fine actor.

I watched Manchurian but I don't remember much about it so it must have been forgettable.