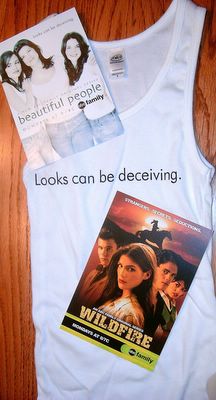 They sent me four in small and two in large. Seriously, those small shirts can be used as arm warmers!

Why couldn't someone have sent me stuff for Degrassi: The Next Generation? As I think vintage The Zit Remedy t-shirts and CD's would be a hit! Anyhow, The N aired the season finale last night here in the states and it was sad mother lame as Joey and Caitlin broke up yet again! Does the madness ever end?