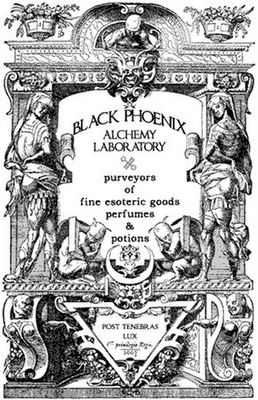 I received a sample vial of Swank with my last BPAL order. Swank is described on the site as simply cool, the essence of lounge: the scent of a crisp pomegranate martini. I love pomegranates so I couldn't wait to try this one!

As soon as I applied it to my skin, the overwhelming scent of fruit punch attacked my nose. I must have been the only kid on the planet who hated fruit punch growing up. I dreaded school and birthday parties because at the majority of them, fruit punch was the drink of choice. It really sucked being me at birthday parties anyhow, I was always the first kid dropped off as my parents believed strongly in punctuality. I was always stuck waiting with the birthday kid until all everyone else showed up, usually half an hour to an hour later. to make matters worse, my parents would ALWAYS arrive right before they the cake was cut or the presents were opened.

Anyhow, hidden deep within this fragrance is what could be a hint of pomegranate but for the most part, it's fruit punch that's heavy on orange and pineapple. There is a hint of something floral in here but it's covered up by all the fruit. As time went on, the orange seemed to be the heaviest note in the entire fragrance so it wasn't so fruit punchy (I know, I know it's not a word but sounds like it could be). I'm burning an amber candle and the two scents together sound like they could be an awesome mix - going to have to layer this with an amber oil!

This is a great warm weather fragrance that's perfect for the girl who likes to go clubbing. If you can stand the fruit punchiness in the top notes, I think this would be nice fragrance on a warmer autumn day like last Thanksgiving when I wore Escada's Ibiza Hippie this could be along the same line, think fruit compote. The staying power is really strong in this fragrance as I applied very little and it's lasted for several hours already.

Comments:
Hey babe! I've never liked fruit punch either! I always hated the Hawaiin Tropics guy (spending every weekend at the beach as a kid will do that), and the only way I've ever voluntarily imbibed punch of ANY kind was at college parties for the obvious reasons...

Fruit punch is so gross, kids are so lucky because now everyone serves soda!