So, I went to Marshalls yesterday in hopes of finding something fun, they had some bath products in the front on clearance, a lot of bath salts for $1 to $2 but I'm all stocked up on that front and didn't really need anymore bath salts. They also had a ton of Tony & Tina makeup, no brushes but lots of other things but nothing really caught my eye after looking at it for five minutes.

I hit the juice section but there wasn't anything there I hadn't seen before. People aren't buying Britney's Curious as there were a lot of boxes of that one. Perhaps they'll go on clearance after a while.

I hit the bags and didn't see anything at first so I went to the bath and body section. Hmm, nothing there either I was looking for some linen spray and didn't find any!

So I hit the kitchen section and found these two plates, so cute! I had found a little olive dish from this line a while back but it was chipped and at full price do I didn't buy it. I think I'll use them for a catch all for little items although I think they'd look even better holding a bunch of mini cupcakes!

I also found a really cute espresso set for $5 but remembered that I don't drink espresso and also don't have the ability to make espresso. I already have two little espresso cups anyhow so if anyone asks they can drink tea in an espresso cup and pretend it's espresso even though it's really not! 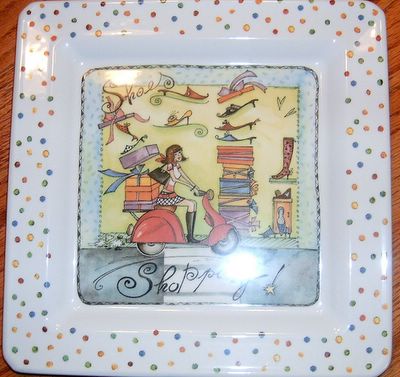 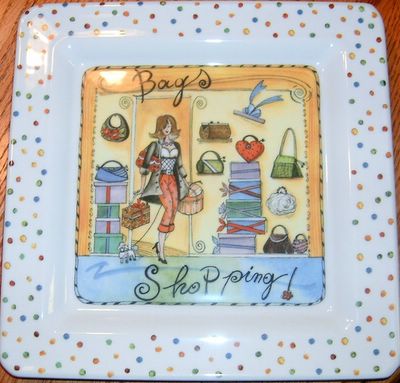 I then hit the purse section again. I was on the hunt for finding a dark purple bag but I didn't find one! I did however find this and thought of my sister and had every intent of buying it for her and filling it up with fabulous things and giving it to her as a gift but after I bought it I started thinking that she may have that exact bag because it looks very familiar to me.

Last year, I visited her at the end of the year we went to a TJ Maxx in Scottsdale, Arizona (Which was by far the best TJ Maxx I'd ever been to as it was very clean and tidy) and I remember her buying a pink bag like this - I remember because I showed it to her. I swear it's the same bag but even if it's not I decided I liked it so now it's mine! 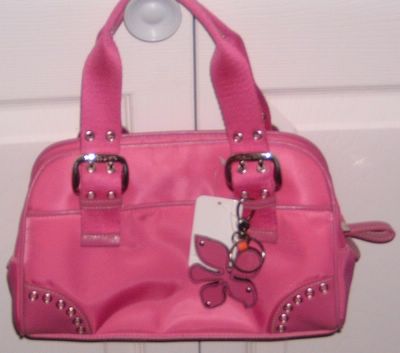 The total for the damage done: $17.32! Not bad huh! The plates were on clearance for $3 each and the bag was $10, also on clearance. Sometimes I walk away feeling so drained because I spent too much but not this time! :D

Comments:
oh god, i WANT those plates! shoes and handbags - that is me me me too!

will they ship to the UK?

yours in hope,
UC

Aren't they adorable! Perhaps you can find the same things at TK Maxx?

they are from tk maxx? ok, hauling the chicklets over there after their lunchtime nap!!

please please let them have the plates...