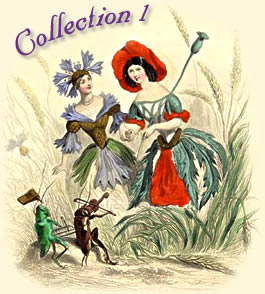 My allergies have been really bothering me lately so I've been staying away from fragrance for the most part but decided to test Bourbon French's Sans Nom today.

Sans Nom is described as a spicy & exotic oriental fragrance whose name means "without name" in French. A name would hamper the free spirit of this bold &amp; exciting, daring & dangerous fragrance!

This opens up smelling a lot like Calvin Klein's Obsession for women on me. I remember loving that fragrance in the mid to late 80's. It felt so sophisticated to me at the time, mind you I was probably ten. But I remember wishing I were old enough to pull off that fragrance. While I've tried, it's never been a fragrance that I can wear but it's quite lovely on others.

Anyhow, that scent lingers for only a few seconds and then it dries down to a rather powdery slightly spicy fragrance there are some floral notes that come out a bit with the heat but I wouldn't classify this at all as a floral fragrance.

I think the staying power could be a bit better in this fragrance but I do like that it changed from the initial application. I'd reserve this more for colder months as I think it would just be too heavy in warmer months unless applied with a light hand.

Comments:
this one sounds so good ... and thanks for promoting Bourbon French! It's a good idea to support NO any way we can ... xoxo

Sounds lovely S!
Thanks for the reviews.

Oh, thank you for a lovely review! I need to try it.