My oldest best friend was supposed to come into town with her husband and the kids this weekend but because of Hurricane Katrina she'll be unable to make it as her husband's been deployed to Louisiana. I'm a little sad as I was looking forward to seeing her but it gives me an opportunity to lose myself into stories.
Mainly Eragon and Eldest by Christopher Paolini. He started writing the trilogy when he was fifteen! I don't think I did anything great at fifteen other than create the fabulous dish of mashed up Butterfinger mixed in with Potato Salad - which would explain why I'm on Weight Watchers! 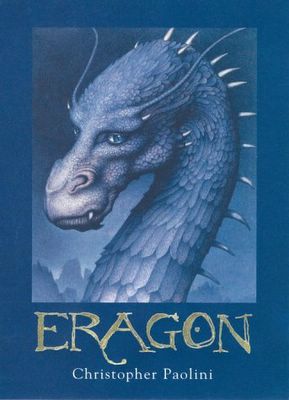 I bought and read Eragon when it was first released back in 2003 and I don't remember too much of it except that I loved it, so I have to read it again as the second book in the series Eldest arrived last Friday. I had every intention of reading this before the book arrived and had plenty of time as I pre-ordered the book months ago but I'm a procrastinator and of course didn't even pick up the book once! 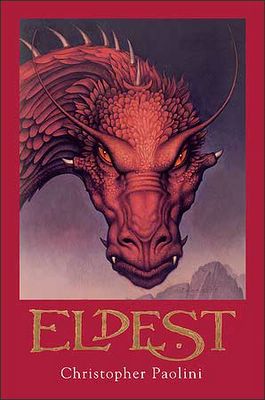 This is the perfect weekend to lose myself into a story as everyday is turning uglier than the day before. Yesterday the local media had several breaking news updates during the Concert for Hurricane Relief as some of the victims of the hurricane are being sent here. I live on the other side of Texas! We're supposed to get at least a few hundred and at max several thousand. Oh, I can't even imagine what these people are going though. Anyhow, as the concert aired on tape delay and they edited out Kanye West's comment about President Bush.

If you can, please give to those who have lost so much.

And if you can't take any more news, lose yourself in something beautiful this weekend.

Eragon and Eldest boxed set retails for $25.58 at Amazon.