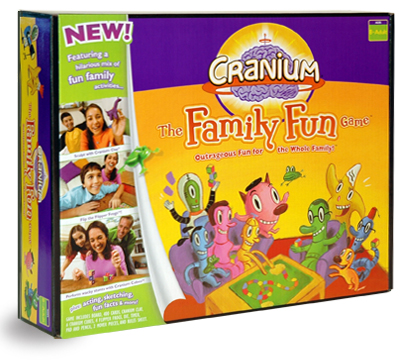 I won this on October 13th and it arrived today. I have the already original version of Cranium so it'll be fun to play with a different version. The year Cranium was released I found several of them marked on clearance for $5 right before the holidays. They retailed for around $30 so I bought all of them and gave them out as gifts.

This is a daily instant win game which doesn't end until December 31st. They are giving away 20,000 games.

Comments:
I *just* saw this at Starbucks the other day! The graphics are cute, but I'm just not sure I'd want it, or know anyone for whom it would be appropo. Maybe in a couple years...