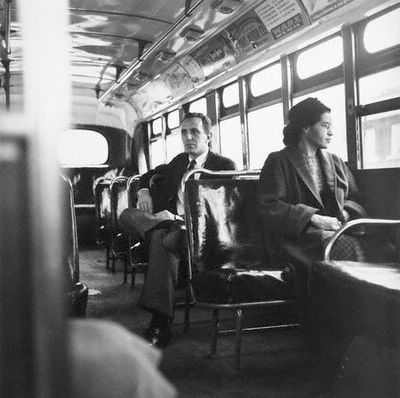 One voice, one action that forever changed our nation. Rest in peace Rosa Parks.

Comments:
Thanks for the Memorial to Rosa. She has been an inspiration throughout her life. I cannot imagine how scared she must have been as a young woman. Scared, but brave at the same time.