I was checking out The Carrotbox the other day and noticed that Alice, the owner has ventured out to creating her own glass rings and put up several of her prototype rings up for sale. I had given myself a budget of $25 to order some rings which was quickly blown as I kept seeing more and more that I had to have.

I also ordered a Pink "Bobbie," Baby Pink "Taylor" and a Green "Taylor." 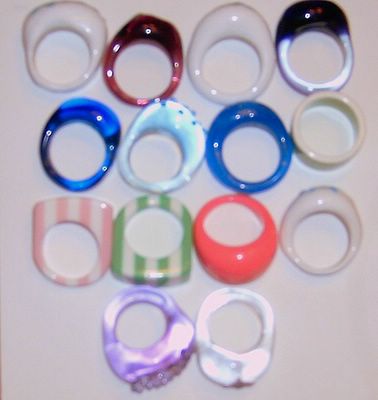