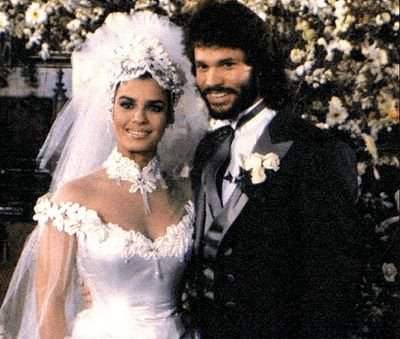 I think today may be one of the happiest days of my life. You see, last night I was channel surfing and stumbled across a new station on cable.

Oh but this isn't any ordinary station it's the one, the only station I've wanted for years and by magic it just happens to appear! What is this station you might ask, it's none other than SoapNet!

Sure, most people would probably laugh at my excitement but you see I was raised on Soap Operas! I grew up watching the NBC soaps: Search for Tomorrow, Days of our lives, Another World, Santa Barbara and Generations.

In high school, college and for a while after this expanded to General Hospital, All My Children, Sunset Beach and Passions.

I haven't followed them for about four or five years now but from time to time catch an episode or two. Plus Soapnet also airs Dallas and Knots Landing! I'm totally done for now!

On November 25th SoapNet will air six episodes of Days of Our Lives focusing on Bo and Hope's relationship over the years.

I have been in love with Peter Reckell since I was little! A bit of trivia for you, Hope is named after Hope Brady!

Comments:
OMG, I can't believe after all these years, having watched just a few episodes when I was in the sixth grade and my best friend at the time was obsessed with Days, that I can still recognize Bo and Hope, the iconic soap couple.

Blast from the past.

Bo and Hope even have a main theme song "Tonight I Celebrate My Love For You." Even now, when I hear the song their image is the first thing that pops into my head.

OMG, Days of Our Lives is my guilty pleasure! You can watch all the week's episodes every Sunday night on SoapNet.

I love Bo and Hope. I loved Shawn and Belle and hoped that they were the next Bo and Hope, but my hopes died when they recast the adorable sweet Belle with the bony shrewish whiny Belle, and now by default I halfheartedly cheer for Shawn and Mimi.