WW: Back on track 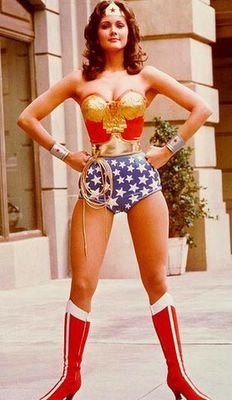 So glad to report that I'm back on track! 1.4 lbs. lost this week so I'm where I was two weeks ago and a tiny bit less. I was incredibly frustrated with myself this week as I easily gave in to temptation and back down the road to nowhere.

Here was the usual quote from WW:
WAY TO GO! Congratulations for losing weight this week. We hope you're thrilled with the result.

Here's a quote by Aristotle that we thought might strike a chord with you: "We are what we repeatedly do. Excellence then, is not an act, but a habit."

Keep practicing your excellence and have a great week.

This holiday season is going to be the ultimate test for me as I clearly can't control being around so many temptations but I can control my choice to cave into them.

There are times when I question how much I really want this, especially after last week's fiasco. At times I get too focused on the numbers which I sometimes feel aren't good enough. I know it all adds up in the end but it frustrates me that the numbers aren't higher. I need to stop stepping on the scale mid-week because that frustrates me even more.

The highlight of the week was opening the bag of Whitman's Weight Watchers Toffee that my friend Ang sent me. They're only one point and are seriously good. I'd tried the Russell Stover Sugar Free Toffee before which was total crap in my opinion so I didn't have high expectations on Whitman's. They taste as good as regular toffee! Yay!

Oh, and 1 tsp of Craisins added to a mixed green salad adds so much flavor! During the summer I'd add in raspberries or strawberries.

I've been in an extreme funk lately and have been working to get back into the groove of things.

Comments:
Woo hoo! Back on track.

During the holidays, I obsessively munch on apples, to try to fill my gut with fiber so I don't stuff it with pecan pie.

(Not that it works, but it sure keeps me regular.)

I'm always so proud of you for sticking to your WW guns. Way to go, S!

Wow Sand, you're amazing. Your determination and grit are really helpful for people like me who can't seem to crawl out of the ditches long enough to get back on the rails.
Way to go bud.

awww.. SWEET. I'm so glad you like them. I saw them at Target and totally snatched them up for you because of WW. ((((Andrew))))