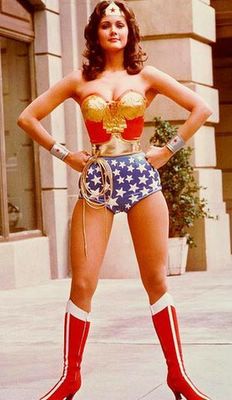 Ugh, last week was such a tough week as I had major PMS and had massive water retention. I was starting to look and feel like the Marshmallow Man. Which got me to thinking, you know that commercial for OnStar vehicle diagnostics?

Well, why can't they invent a uterus diagnostic program where every month you get an e-mail informing you that your egg wasn't fertilized and all that jazz instead of going through the entire cycle. Seriously!

I ate well this past week but didn't feel much like exercising. I did get on the treadmill for an hour mid-week and did a two hour workout yesterday morning but it wasn't enough to make the scale move, I lost nothing this week! Here is what Weight Watchers has to say on the matter:

It's natural to have mixed feelings on these weeks when the scale remains the same. On one hand, you might be a little disappointed that you didn't lose weight, but on the other, you're just thankful that you haven't gained!

Either way, simply focus your energy on making this coming week a losing one.

I'm only slightly frustrated as I didn't do all I could this week. Sunday morning I felt less than motivated and really didn't want to hit the treadmill so I decided to download an audiobook via iTunes. I could have gone with something that really makes me think but decided instead to listen to pure fluff and downloaded Kyra Davis' Sex, Murder And A Double Latte.

This will be the perfect alternative as I get so bored sometimes of watching tv/movies or listening to music. I'm going to only allow myself to listen to audiobooks while I'm on the treadmill so that'll force me to exercise! Brilliant, sometimes I'm a freakin' genius!

Comments:
Hope this week is better for you, Sand.

Thank you so, so much for your moving tribute to Astro. Jen told me about it, and I feel so honored.

Today, is one week that he was put to sleep. The tears continue...

Happy Valentine's Day to you.
xox

OMG Sand.....I just downloaded that book on my I-Pod too. I have not started it yet because I have to finish a couple of others first.

Stay encouraged, sista...losing weight is supposed to be hard but you're doing it even through PMS. That's saying a lot!