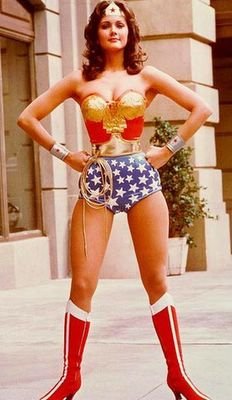 How many calories does crying burn? A whole heck of a lot!

I went down a total of four pounds this week - exactly four on the dot!

Mind you, this is the week after my flow so it wasn't all diet and exercise. Yeah, water retention played a huge role in this week's weigh in. Plus, my levels are more normal now that I'm on the lower dose of Synthroid - which are pink by the way, my favorite color! Yay!

I was far beyond frustrated and really, really needed to see some change this week. Oh man was I frustrated! I tried, I mean really tried so hard this past week with everything. I worked out even harder than the weeks before because I was needed to see some change. Ugh, for the last couple weeks I've felt so off and had really questioned if it was worth putting forth anymore effort towards this entire lifestyle change.

I've done really good with my eating habits and consumed so many vegetables this week. For the last three weeks I've substituted ground turkey for any recipe that call for ground beef so two weeks ago I made a bunch of turkey chili - with half of meat it called for and instead added a lot of vegetables and double the beans it called for. I also made turkey burgers as I've been craving a hamburger like mad! I made guacamole - again filled with double the veggies - and made myself a guacamole burger on whole wheat bread. It was so incredibly awesome!

I've considered going pollo-vegetarian as I eat primarily chicken and seldom eat other cuts of meat but I have to do a lot more research on how it will affect my body and what will work best for me. I'd love to go vegetarian someday but I think that may be taking on too much at once so for now I'll settle for small changes.

SI: Ah, these past couple weeks have been so tough and this was the one behavior that I was most afraid of reverting to as I've only recently tried to control it. Friday and Saturday were really hard days to get through, for specific reasons I was really sensitive on those days and spent a huge chunk of both days just sobbing.

Crying is still relatively hard for me but once I get started it's like I can't stop. It's quickly progressing to be an automatic phase two when I feel the overwhelming desire to injure myself.

In my head I have a vision of "the best me I can possibly be" and when things get hard I try to envision all the opportunities that life has to offer and how once I get to that point, I'll be in a better position to accept those opportunities.
So, I made it through yet another week without injuring myself! Like so many people remind me, it's all about the small steps in life. Small steps that add up to huge leaps.

I get it, change won't come overnight and sometimes it won't come for several weeks but it does come around....eventually. I have to hold on for those moments, when change does come. Ugh, it's hard but it's totally worth it!

Comments:
WooooHOOOOO! Breathe, little one, breathe! You ARE doing it, everyday!

(((Sand))) 4 pounds! That's awesome! Just remember - the water weight you're discounting here most likely contributed to prior disappointment. It's all about the trends, baby! And yours is losing!

Re: all the other stuff - hugs aren't enough. You are doing SO well, and you know I'm here.

¡Ombligo! Yeah, baby!! And you got 'em rockin' pink pills--pink isn't for wusses at all!

I've cut most red meat out of my diet at this point. I don't really miss it because my body got used to not having heavy fats in my system. I eat everything else--chicken (no skin), turkey, seafood, but if I touch red meat, it's maybe once or twice in a month, and I prefer lamb over beef (and I don't eat the fatty fat). Also, here in NY we can get bison burgers which don't have as much fat as in beef. Most people I know who have cut red meat out of their diet (like my golfer brother) have not only been able to maintain weight loss but say they feel much better physically overall. Cut them out slowly if you must--nothing has to be done in a drastic way.

That guacamole burger sounds yummy. I need to go and saute more veggies now with this AWESOME fajita sauce I got...from you!! xoxoxoxoxo