Four years! I've been waiting four years for our chance to go all the way, to finally win the world cup. What can I say, I'm a dreamer and root for the underdog. Anything can happen! Anything! 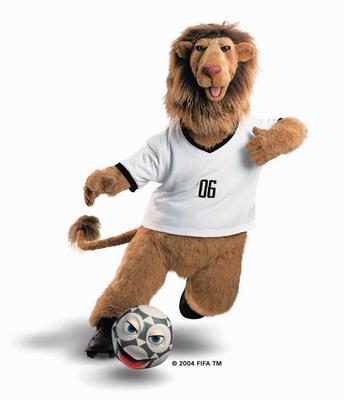 Since this year's cup started I've seen all the games but it hadn't set in until yesterday morning - that we actually stood a chance at this thing. Yeah, so we're in a tough group. Yeah, the Czech Republic is ranked 2nd to our 5th but still - there was a chance!

Honestly, Arena and the boys are the best team we've ever had so going in we knew it wasn't going to be easy but still - we stood a chance!

It's so hard to be an American soccer fan for so many reasons, number one being that it's famous everywhere else but here! Yeah, we finished last in '98. BUT, we came back in 2002, made it to the quarters where Germany took us down. So, I've been saying this whole time, the past four years that we can do it - we can win the cup! 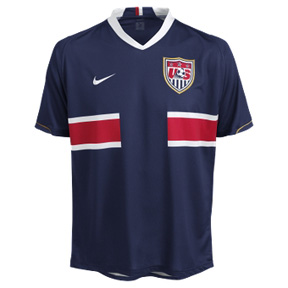 I declared yesterday morning as "The Best Day of 2006!" Seriously, everything was going good! Stepped on the scale and had lost some weight. Felt totally awesome after my shower and decided to wear 2000 et Une Rose - for all those hopes and dreams you know.

I kept saying to myself "Kasey Keller, your time is now!"

I was so nervous but so overwhelmingly excited, even though we were the underdogs going in I knew we would win - I just knew we'd win! We had it in us!

Watched the game and all the sudden the Czechs scored.

Still, I believed! I mean we had already seen some huge upsets in the cup. It was okay - we were going to take them down!

Reyna had it, he had the ball - we were ready to score and there was nobody there to assist him! WHATTHEHELLMOTHERFUCKERS!!!

Ah, but we still had a shot! We could recoup from this - play harder, stronger, with passion!

Denied! The Czechs score again! At this point I wanted to cry! I just wanted Friedel back!

Then the half. Sure we had been playing shitty this whole time but I believed that we'd come back fierce, with fire in our souls!

Early on we use our subs and I was really happy to see O'Brien again and Johnson - man, Johnson was practically the only guy playing for our side in the second half!

Still, it wasn't enough to let our asses get kicked - we were smothered when we allowed a 3rd goal!

Seriously guys, did you not get the wakeup call?!?! This wasn't an exhibition game- this was the real deal and you choose to play like that!?!?!

I'm so sick of the excuses, practically all the players blamed it on how hard it was to recover from an early goal. Seriously??? Costa Rica didn't give the game up to the Germans that easily when Germany scored early!

Seriously, AYSO players that sit on the bench could have kicked your ass the way you were playing!

Yesterday it was disbelief, today it's anger!

We deserve better than that!

No more excuses! Bring it on baby, show the world what we've got! Kick some Italian ass! Four years, we've been waiting four years for this! It's not over, we're still in the game! We can go all the way!

Comments:
Hey!!! Nice to see you share the passion for "fútbol"!!

Here in Argentina the whole country STOPS to watch every match... Even at work... we have organized to have projection screens if the matches are during work hours.

p.s.: Gotta smell that mille et une rose....gonna get a bottle when I go to the states in October.