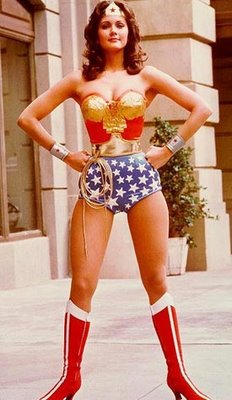 Freakin' Crap! I was writing for over an hour about everything that's gone on and it just disappeared. Stupid blogger! >:(

Anyhow, here's the gist of what's gone on.

The heart attack: When my mom went into the hospital with shortness of breath and they then looked into her being hypothyroid I thought that everything would be fine.

I mean I'd gone through issues with thyroid and my heart and I bounced back - so could she!

This is where her diabetes and thalassemia proved to be major problems. Well, they wanted to see what damage if any was done to the heart - two transfusions were needed because she was severely anemic due to the thalassemia.

As if the transfusions didn't freak me out enough - the word was that she was going to need a triple bypass surgery because she had a heart attack on December 1st 2006.

That weekend we found out that the triple bypass was actually going to be a quadruple bypass.

My sister being there meant so much to me because I was able to break down for the first time since this entire ordeal started.

The day before the surgery I felt like a shield of peace over us - like everything was going to be okay. I was still overwhelmingly worried because my mom's heath was incredibly delicate and she was at a higher risk for complications. Before leaving that night we said what was needed to be said in case anything happened - that was the hardest.

The day of the surgery everyone was in good spirits and we arrived very early at the hospital as she was the first surgery. The waiting seemed so much longer than it was but once we got word that she was out of surgery and doing well were we able to breathe.

Again due to the thalassemia, my mom needed yet another transfusion while in ICU. Because of my severe hemophobia I did not see my mom while she was in ICU, my sister warned me that I wouldn't be able to handle it - she was so right about that!

In all honesty, I knew nothing about bypass surgery until this happened. If you were to ask me how clogged arteries and valves get "fixed," I would have imagined these giant pipe cleaners.

Anytime the circulatory system is mentioned - I tune out or else I'll pass out so I knew nothing about this! What they do is they cut veins from your legs and attach them to your heart. It sounds like an awful horror movie!

So, I thought I could handle seeing my mom in a hospital room post-ICU.

I walk in and there is blood all over the floor! Why?

Because they don't bandage the areas where the veins were taken from so there is a lot of blood drainage going on the first couple of weeks post-op.

Nobody warned me! I tried to keep my focus elsewhere but started freaking out and had to sit out in the lobby. From then on out I'd go to the hospital but spent the entire time in the lobby.

As if that wasn't bad enough, they called in a kidney specialist because her kidneys weren't functioning properly.

I had really thought that the surgery was going to be the hardest thing to deal with but the post-op recovery process is so much harder!

My mom was released from the hospital on Sunday (December 17th,) a little less than a week after surgery.

I thought they would release her in far better shape than she was in, her legs were quadruple their normal size and she was in so much pain. It was only recently that I expressed to her how badly she looked when she was released from the hospital and how I honestly didn't know how we'd all be able to get through this.

My sister was still in town as she wanted to be there when my mom was released from the hospital and there for my mom's birthday (December 19th.)

I honestly felt so worthless when it came to my mom's recover process, my sister is so much better in crisis situations than I am! There are two things that I am good at in life: random pop trivia and bargain shopping neither of which are helpful at a time like this.

As my mom was put on a strict low-fat, low-sodium diet I was put in charge of her diet since I've been cooking low-fat foods since joining Weight Watchers. I didn't think it would be too hard to implement a low-sodium diet until I started doing some research. She's limited to around 1,000 mg of sodium a day which sounds like that would be a lot but sodium is found in so many everyday healthy foods so it's been hard. I'm having to cook everything from scratch and it certainly doesn't taste the same as foods before but it isn't bad.

My mom was rather defiant at first but feeling and seeing the changes in her body by sticking to this new diet has really been all the motivation she needs.

For about three weeks post-op, my mom was incredibly depressed which is a normal reaction under such circumstances - you're overwhelmed by everything and that bout of depression fell under the worst possible time - her birthday and the holidays! That was such a hard period to go through. I would wake up and have to remind myself that this wasn't a nightmare.

The first couple of weeks, my dad and I would do tag team sleeping to watch over my mom and were lucky to get at least five hours of sleep a night.

My mom is a hardcore workaholic so all this downtime is really getting to her. If she didn't have all these other illnesses, she would probably have already been cleared to return to work but her cardiologist is looking at March 1st - which would be a whole three months after her heart attack.

She's currently insulin dependent - first time since being diagnosed with diabetes. Her kidneys are working at 45% which isn't bad considering the trauma her body has gone through. She's currently slightly anemic which is a huge change from the severe anemia while in the hospital. She's been cleared to exercise for 10 minutes a day on the treadmill - at a turtle's pace.

The swelling has gone down entirely in her legs and they are now at normal size! It's going to be a long recovery process but she really has come such a long way.

WW: My weight. Ah, the first week that my mom was in the hospital I wasn't able to eat much of anything and was on the treadmill a lot so I lost some weight that week. Once my sister came into town I started eating again - normal food - nothing too fattening so I wasn't doing too bad until my mom got home - then I started eating comfort food! Downward Spiral!

With everything going on there was no time to exercise and I could only hit the treadmill about once a week.

Went to the Dr. two weeks ago for my 3 month checkup and found out I gained 4lbs! My first ever gain since joining WW! *groans*

The only good news was that my levels are fine and I don't have to go back for six months!

Anyhow, back on WW and treadmill time and have since lost two pounds!

Because of my mom's heart attack I got to see a lot of people I hadn't seen in almost five years, since my Grandma passed away. This was the first time they'd seen me since I started to lose weight and I got a lot of compliments - that felt good!

Mind you these people didn't see me at my thinnest (Pre-Graves diagnosis when I was much thinner - of course I was also bald, had tremors, a goiter, was rather sweaty and had bug out eyes....HOT!)

Just kidding of course! This entire experience has really cemented my commitment to good health and wellness.

SI: I would love to say that I made it through this crisis without injuring myself but I didn't. I worked really hard not to injure myself and did everything to avoid it which worked for over two weeks and then the severity of the situation escalated and really got to me so I ended up injuring myself - three times in the span of two weeks.

If you see that from a self-injurer's perspective - that's not bad! To be able to get through a major crisis and falling just three times really isn't bad at all. Especially compared to how I used to be.

I know that it isn't good either - believe me I honestly felt I had exhausted all other options when I did relapse and regret doing so but you can't change the past - you can only focus on the future.

Summary: This entire experience has really brought my family so much closer. I am so much closer to my mom than ever before which is saying a lot because our relationship is very much that of Lindo and Waverly from The Joy Luck Club.

This is the quote that gets to me because it's so spot on: "You don't know, you don't know the power you have over me. One word from you, one look, and I'm four years old again, crying myself to sleep, because nothing I do can ever, ever please you."

Don't get me wrong, she's still my EAM (Evil Asian Mama) but this has really brought us closer. I hope that in time certain wounds are given the opportunity to heal and we can move past - the past.

(((Sand))) I am so ginormously happy to see you back and blogging! And I'm thrilled that your mom made it through everything ok and is on the road to recovery. And, as always, you rock! Mwah!

I was worried when you stopped posting and now I know why! Wow, what a major event for your family to go through. Having been through a similar ordeal I can say I know how it feels - you feel like breaking down but you don't dare, because you don't know if you will be able to get back up from it. I am so glad everyone is doing better now. It's good to have you back.

Sand...Thank goodness you're back and that your mom has made it through. You're beautiful and inspiring and how I have missed you! You're doing incredibly well, so just "keep on keepin' on" as they say...Sending hugs, much love and best wishes for successful recovery.

Just wanted to say - glad to see you back & blogging. Your posts always remind me of wartime reports from the front lines. Please know there are many of us out here wishing you strength to carry on.

Grace and peace be with you!

Dear Sand...First, my best wishes to you and your whole family in this ordeal.
You will see this situation will strenghthen things up and clear all unnecessary stuff that usually goes around in families... Enjoy your family, spend time with them.

You are cooking for your mom healthy food and seems like you are doing a hell of a job... that's invaluable plus the moral support you are giving her! I send you and her lots of kisses.

About WW and SI,seems there was technically no damage taken into account all you've been through! you are strong, girl!