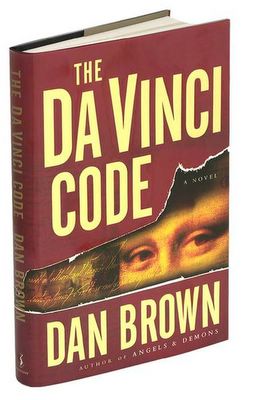 Up until a week ago I had no interest in reading The Da Vinci Code. No interest at all, I didn't even want to see the movie!

Last week, I was entering contests and stumble across the Da Vinci Code Quest On Google Contest and the first challenge involved is sudoku inspired game. 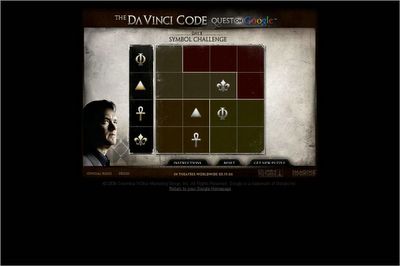 Now, I had heard of sudoku but again had no interest in it and had never played it before. Come to find out it's the most awesome thing ever! Seriously, I think I'm a bit of a sudoku addict now.

As I advanced with the game I start thinking that the book doesn't sound so bad so I read it. Actually, I didn't read, read it. I uploaded the abridged audio version of it to my ipod and listened to it.

*sobs* I totally caved and became so typical, like everyone else! What next!?!? Am I going to suddenly become a Michael Bublé fan? *sobs*

This is the beginning of the end!

Anyhow, I thought the book kinda sucked so I'm glad I didn't actually read, read it. *sigh* Yeah, I'm probably going to see the movie when it comes out.

Did the bad guy really have to be a self injurer with a pigment problem. I know, I know, not totally the same thing as it was self injury for religious reasons but still - a bit too close to home.

Comments:
LOL. I read Da Vinci Code, The Lost Teachings (Apocryphals) and the Dead Sea Scrolls. I think we could all skip Da Vinci Code because I found myself skipping over the "plot" to get to the citations. I didn't remember those details about the bad guy, but again, the "plot" wasn't very memorable. It sucks to be typecast. Who woulda thunk up a bad character having all the same problems as yours? Exploitation sucks.

Step away from the Buble. Always.